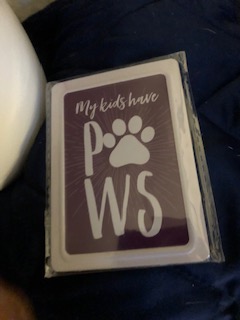 Posted at 07:58h in Uncategorized by Annie Chandler-Cummings 0 Comments
0 Likes

Nor can it buy you life, health, or happiness… apparently.

It may make life a little easier, especially if you can afford to pay someone to do the chores you don’t particularly like to do.  Ironing comes readily to mind, with cooking a very close second.  Cleaning I can handle as I prefer the way I do things on a very regular basis.  I’m a bit anal like that… especially with the toilet! So, I’d rather save money by not having a cleaner. And if it allows for buying prepared meals and eating out more often, that’s what I’ll spend my money on and be an extremely happy woman in the process!

Unfortunately, when it comes to our health and life expectancy, no matter how much money we have in the bank, in investments, or even under the mattress or buried in an old tin in the backyard, we are not able to buy time… the time to live a productive and healthy life, where we are relatively free from pain. Let’s face it, as we age some form of pain is just part of what to expect on a daily basis.  To add to that, some of our senses go a little haywire too. Here’s an interesting fact you probably didn’t know, and I certainly was amazed when I Googled it; ninety percent (90%) of people over fifty years of age need glasses for one reason or another. You are reading that correctly because you’re wearing optical aids. And it rises to a staggering ninety-nine point something for those over seventy-five years young.  I’ve just realised I had the wrong career; I should have been an optician! Think of the money I would have made with that clientele! And, what about our hearing?  Speak up, did I hear you say?  That’s right, it goes downhill too for most people as they get older.  Another fact pill for you to try and swallow; swallowing gets more difficult as well, especially with these facts rammed down your throat! One in three people over fifty have significant hearing loss that would require a hearing aid, yet only twenty percent actually use anything to alleviate the difficulty.  I’ve come to the conclusion that men do not only have ‘selective hearing’ but have some degree of deafness as well. And they enjoy it, which is why they don’t seek treatment.  Why else would they have the television up so loud?  I thought it was just to annoy us, though the jury is still out on that one!

You only have to look at some deaths of well-known people to see that the Grim Reaper is not fussy about who he chooses to join him.  Shane Warne is a recent example, snatched from us at fifty-three from a heart attack.  He had money available for the best health care, as did Patrick Swayze, Robin Williams, and Freddie Mercury, had it been able to save them.  Alas, no… for them as well as us, their adoring fans.  It may have made them more comfortable in their last days and hours, maybe affording them the privilege of dying with private care in a home setting, but it still could not buy them more time with family and friends, and doing what they loved most. That, unfortunately, is one of the saddest facts of life.

This brings me to the notion of buying happiness. If only we could! The Government is committing more and more money to Mental Health, but we still have a pandemic worse than Omicron and his Covid mates.  More people are dying by their own means because facing another day or another problem, perceived or otherwise, is a burden they can no longer carry.  The Black Dog has come to live at my home on several occasions and, although I love dogs dearly, he’s not one I’m awfully fond of and wish to offer a permanent place to stay.  A 2007 Mental Health study in Australia noted that forty-six percent; yes, that is nearly half of our population between eighteen and eighty-five years of age, have experienced a mental health disorder at some time in their life, with a minimum of twenty percent at any one time requiring assistance and/or medication to help them grapple their way through their daily lives.  This does not, however, include many of us who stumble along and have stumbled along, for many years afflicted by anxiety and depression, but who keep smiling amidst our pain and mental anguish, doing the best we can and smiling in the face of adversity. We are the clowns who entertain others, but are crying pitifully inside for someone to see our plight and give us a shoulder to lean on.  Actually, having our torment acknowledged rather than being told to ‘suck it up, Princess’ or ‘you need to learn to be strong and control your emotions’ would be a huge step in the right direction.  It would be great for others to realise there is no ‘quick fix’; it doesn’t go away overnight no matter how much you want it to.  Empathy, not sympathy, is what is needed… but money, no matter how much, will buy that.

Lastly, there is love.  We’re now in a world where lots of couples are meeting and coming together through ‘swipe left, swipe right’ dating apps and sites rather than the old-fashioned way of meeting at pubs, clubs, and local dances, or set up by friends. About thirty percent of adults have tried dating sites, with Millennials spending, on average, ten hours a week finding a partner on one of the five thousand dating sites and apps worldwide.  That’s a hell of a lot of people looking for love and earning the US Revenue $2.7 BILLION dollars in 2020, with a forecast of $4.2 billion by 2024.

Personally, having used dating sites on several occasions, I’m not sure it actually buys love, rather than a chance at it… a chance it will happen and be good, though there is always the flip side, a chance, as with anything in life, that it’s not quite what you signed up for.

So, what the hell can it buy?  It can buy a truckload of chocolate!  That’s always positive.  And a Dachshund… that’s even better.